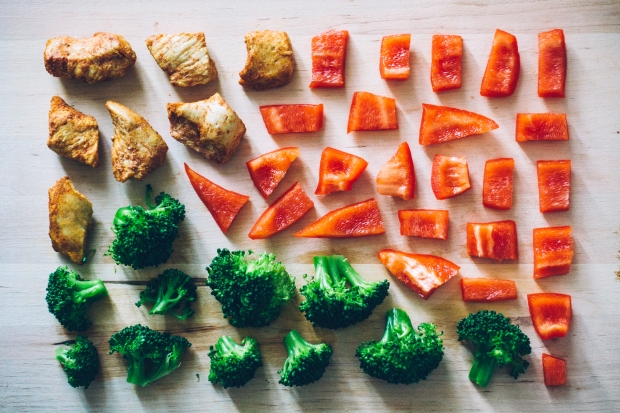 One of my 2016 intentions has been to cook at home more. This sounds simple, but with a crazy museum schedule and dozens of awesome restaurants within walking distance of my apartment in Denver, it’s hard for cooking to compete.

This past week I decided to pull the trigger and try making something fun at home. Down the internet rabbit hole I went to find inspiration (I’m looking at you, Buzzfeed Food) and I stumbled across The Pioneer Woman’s chickpea curry recipe. Now, besides her magnificent red hair, Ree Drummond (aka The Pioneer Woman) has some credibility as a solid, no-nonsense chef so I thought I’d give it a shot, even though I wasn’t sure how much curry there was to be found on the range during the pioneer days. I was in, I was fully committed, I’d made a shopping list on my phone and I’ll be damned if it didn’t include fish sauce.

Fast forward to Saturday afternoon: I’m back from the grocery store and I am feeling pretty proud of myself. The produce is lined up on the counter, Kacey Musgraves is playing on the radio and I am ready to rock. Except, I’d totally forgotten the chickpeas. Damn it. Literally in the title of the recipe. New plan. I had chicken. I had cashews. I had an absurd amount of sweet potatoes that I’d impulse bought when I knocked some off the display in King Soopers (I was so embarrassed, I just threw a bunch in my cart so I could run away. Adulting like a boss.) I began to cook.

Guys. It was as though I was channeling Julia Child. I grilled chicken while steaming a potato. I chopped onions like Buzzfeed Food taught me to (I swear this is not a paid ad for Buzzfeed Food, I just get all their emails) I tossed garlic like it was a beaded necklace at Mardi Gras and I gross old man who hadn’t seen a topless woman since the war. It was magical.

And then I ate it. And it was so good. And I realized that my 2016 intention of cooking more at home might not be dead in the water after all. It might just be soaked in delicious coconut milk and served over rice.

1 medium sweet potato, preferably picked up off the floor in shame

1 can of coconut milk

as much rice as you can fit in the cooker

You’re going to fall in love with multi-tasking at the beginning of this recipe. First, put a bit of oil in a saute pan. Add in the chopped onion and the garlic and let it sizzle for a hot minute. The onions will start to turn brown and smell like heaven.

Poke the sweet potato as if it were your ex-lover who left you for their secretary. Stick it in the microwave for a few minutes to steam it. I put mine in for 3 minute increments and just kept poking it to see if it was soft. Something I also like to do to my internet crushes.

Once the onions are soft, toss in the vegetables. I don’t steam them beforehand because I like them crispy, but I’m not about to tell you how to live your life. Give this bitch a stir. Then add in the curry paste, fish sauce, steamed sweet potato and chicken.

Lastly, add in the can of coconut milk. Side note: coconut milk gets a hard shell on top when you first open it. Don’t poke this hard shell because you will cause quite a bit of the milk to squirt out into your face and you will be embarrassed. Even if you are home alone. However, your skin will feel amazing for days, so there’s a little bit of a silver lining somewhere in there. Anyway, add the milk to the pan and put the stove on low. Simmer for 15 minutes, stirring occasionally. Sneak bites when no one is looking.

Spoon over rice and add all the toppings you can think of. Some recommendations include: more cashews (natch), cilantro, lime, or chili flakes.

chasing stars all over colorado